PHS on the PODIUM 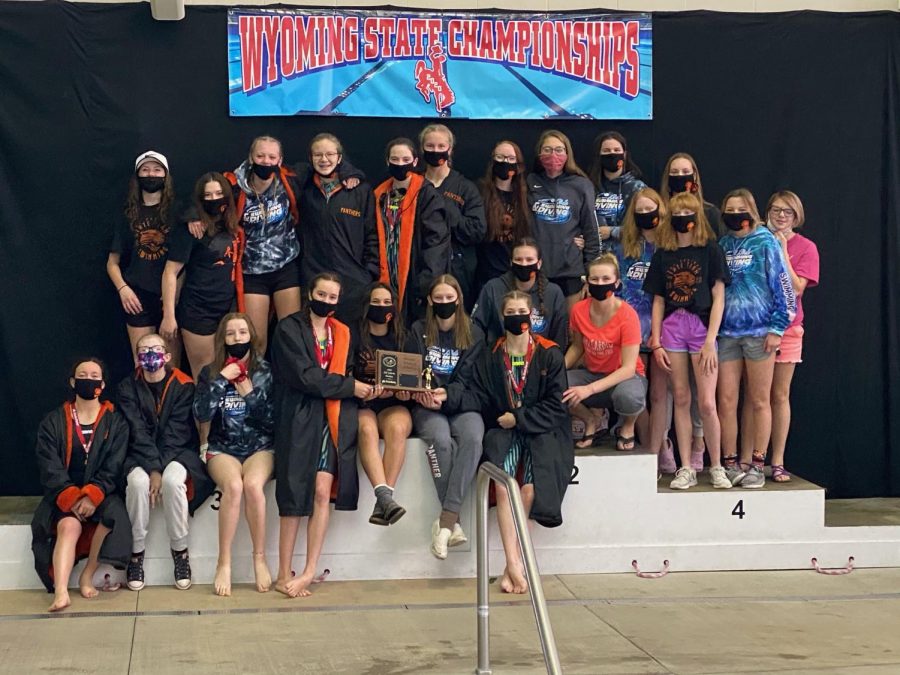 The Lady Panther swimming and diving team poses on on the podium with their third-place 3A state plaque Saturday in Laramie. The four seniors -- Elizabeth Liggett, Emma Karhu, Madison Lowery and Addy Moretti - are pictured center front, starting fourth from left.

Specifically, they placed 3rd at the 3A state competition in Laramie, with all four seniors making finals in several events.

The top spot on the podium went to Green River, which won with 282 points. Formerly a 4A school, this was the first year the Lady Wolves competed at the 3A level. Powell’s cross-county rival Cody placed second with 193 points, while the Lady Panthers put 188 points on the board, edging Buffalo (183).

“The 2020 Lady Panther swimmers broke many school records this season, including the record for the most times Coach Bailey ugly cried in one day,” Assistant Coach Miss Bailey Jackson said in a text to the Prowl.